Squiddly Diddly is a supporting character in the Atom Ant and Secret Squirrel shows. He was voiced by Paul Frees. In Jellystone! she was voiced by Niccole Thurman.[1]

He lives and performs in Bubbleland, a marine-life park modeled on Marineland of the Pacific, but often ventured outside its walls, to the frequent dismay of Chief Winchley. Unlike a real squid, Squiddly has a large round head and only six tentacles, which function as his arms and legs.

In Jellystone!, Squiddly is female,[2] younger, and is more of a valley girl.[3] Also she wears shoes, earrings, lipstick, and has hair. She runs a music store. 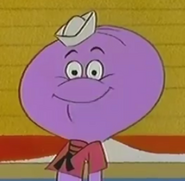 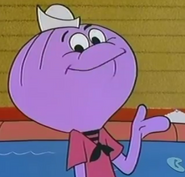 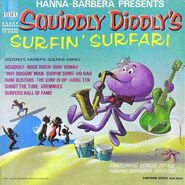 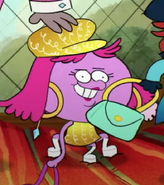