Wally Gator is an anthropomorphic alligator, star of one of the segments, named like him, from The Hanna-Barbera New Cartoon Series. The other segments are Lippy the Lion and Hardy Har Har and Touché Turtle and Dum Dum. The segment consisted of 52 episodes over two seasons.

Wally Gator is more comfortable when he is at home, in the city zoo. Mr. Twiddle is the zookeeper who keeps a close watch on Wally because sometimes he escapes to check out what things are like outside.

His "birthday" is September 22nd. 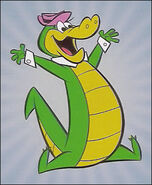 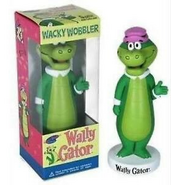